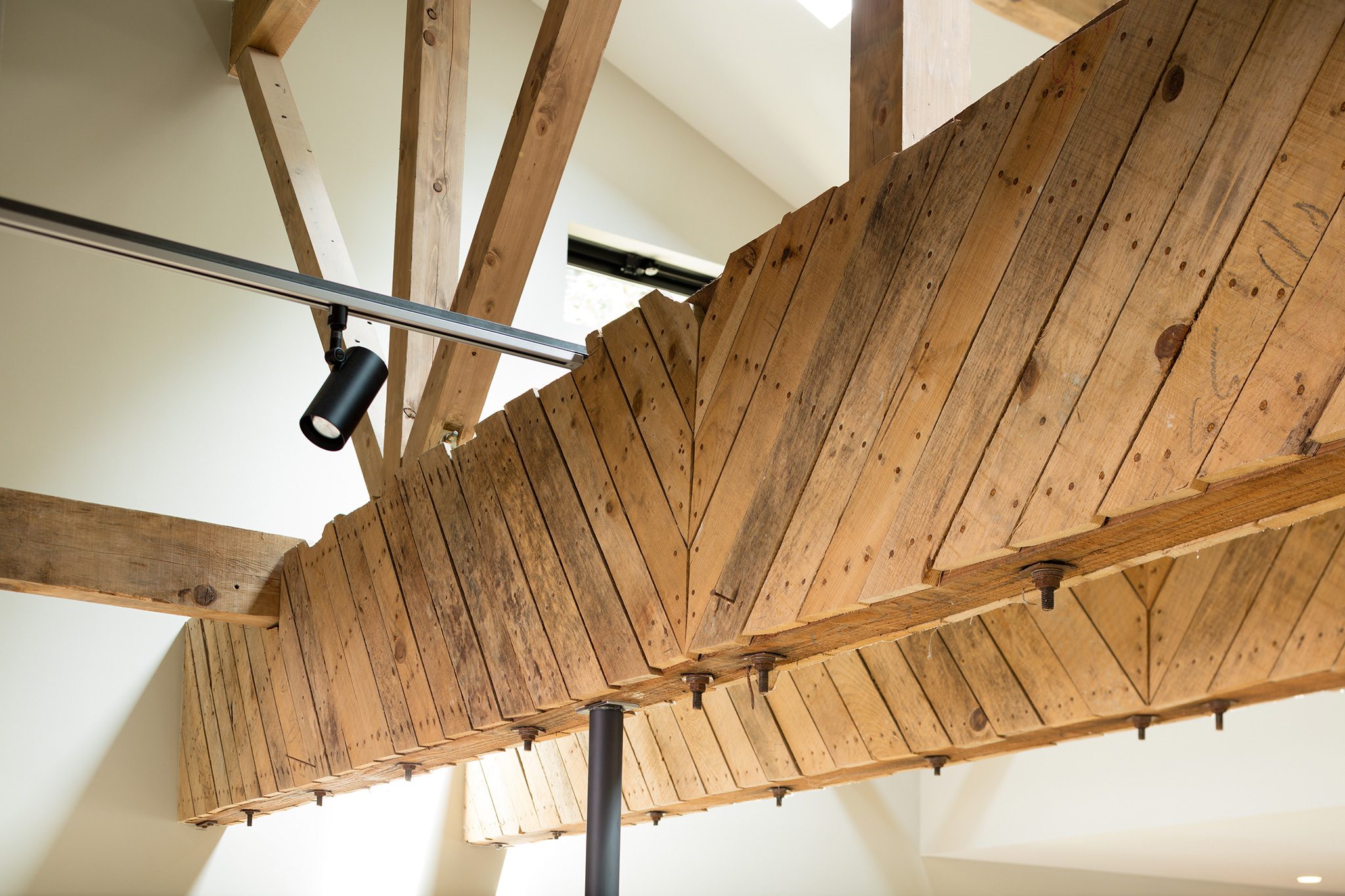 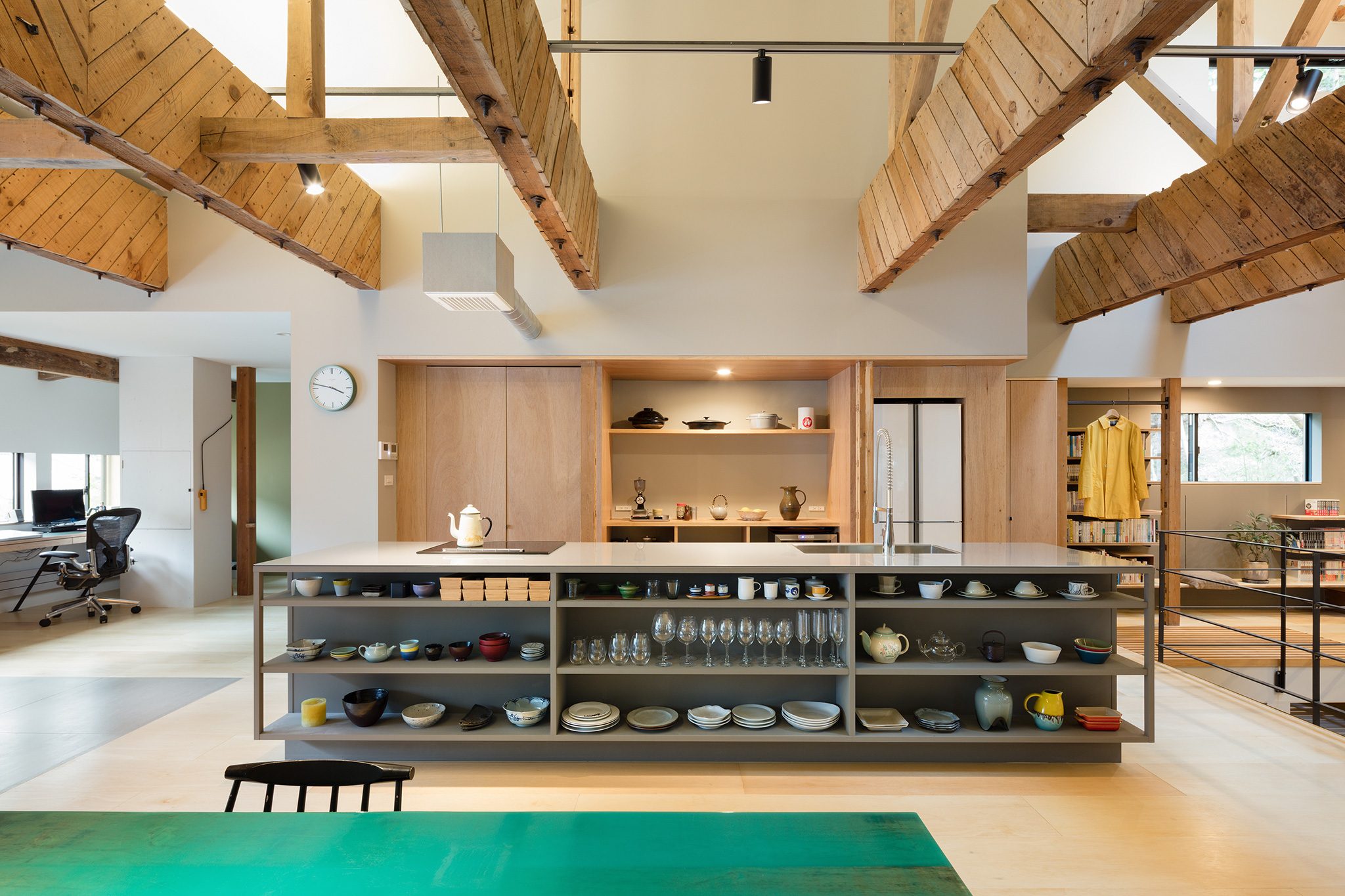 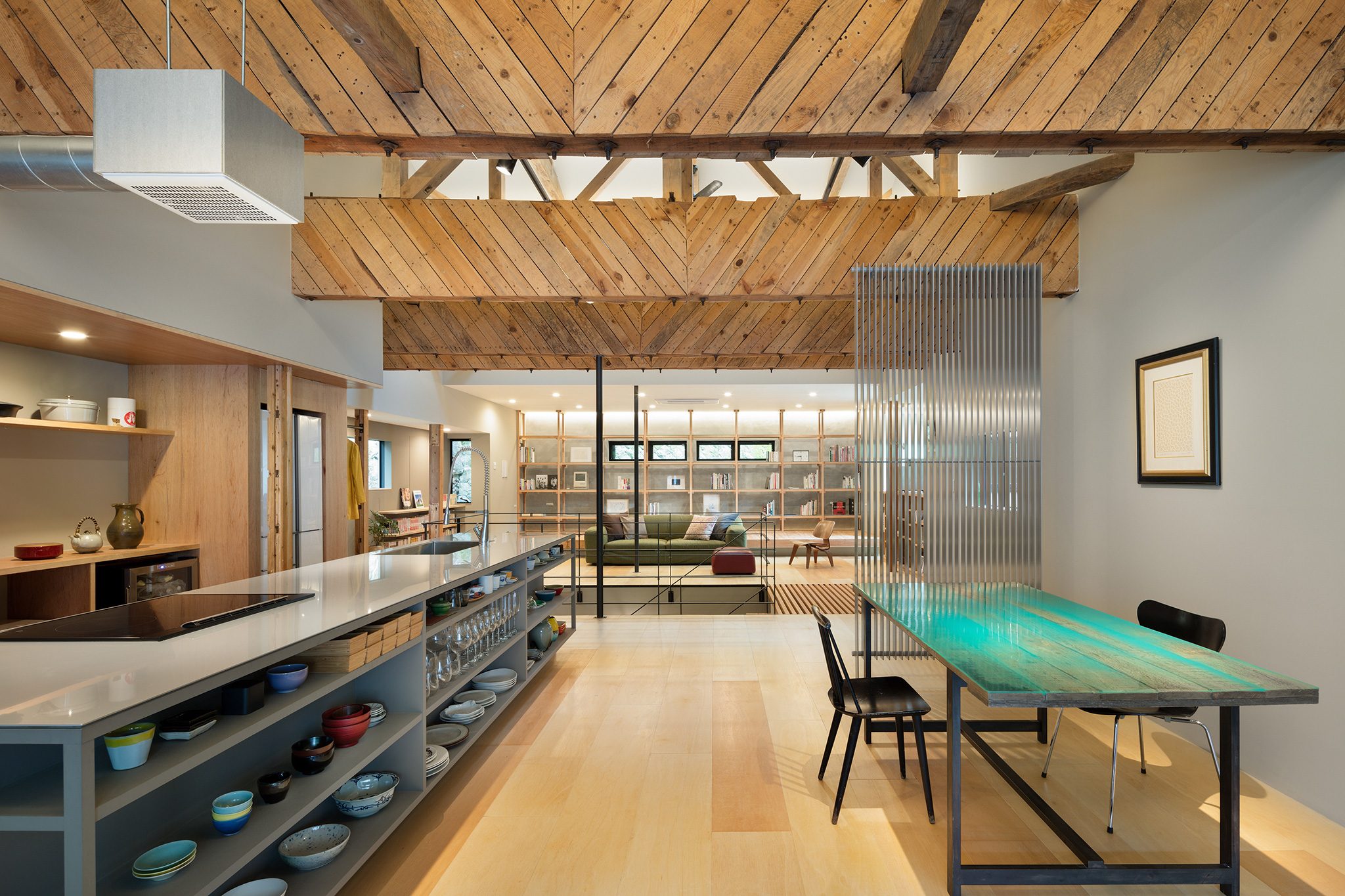 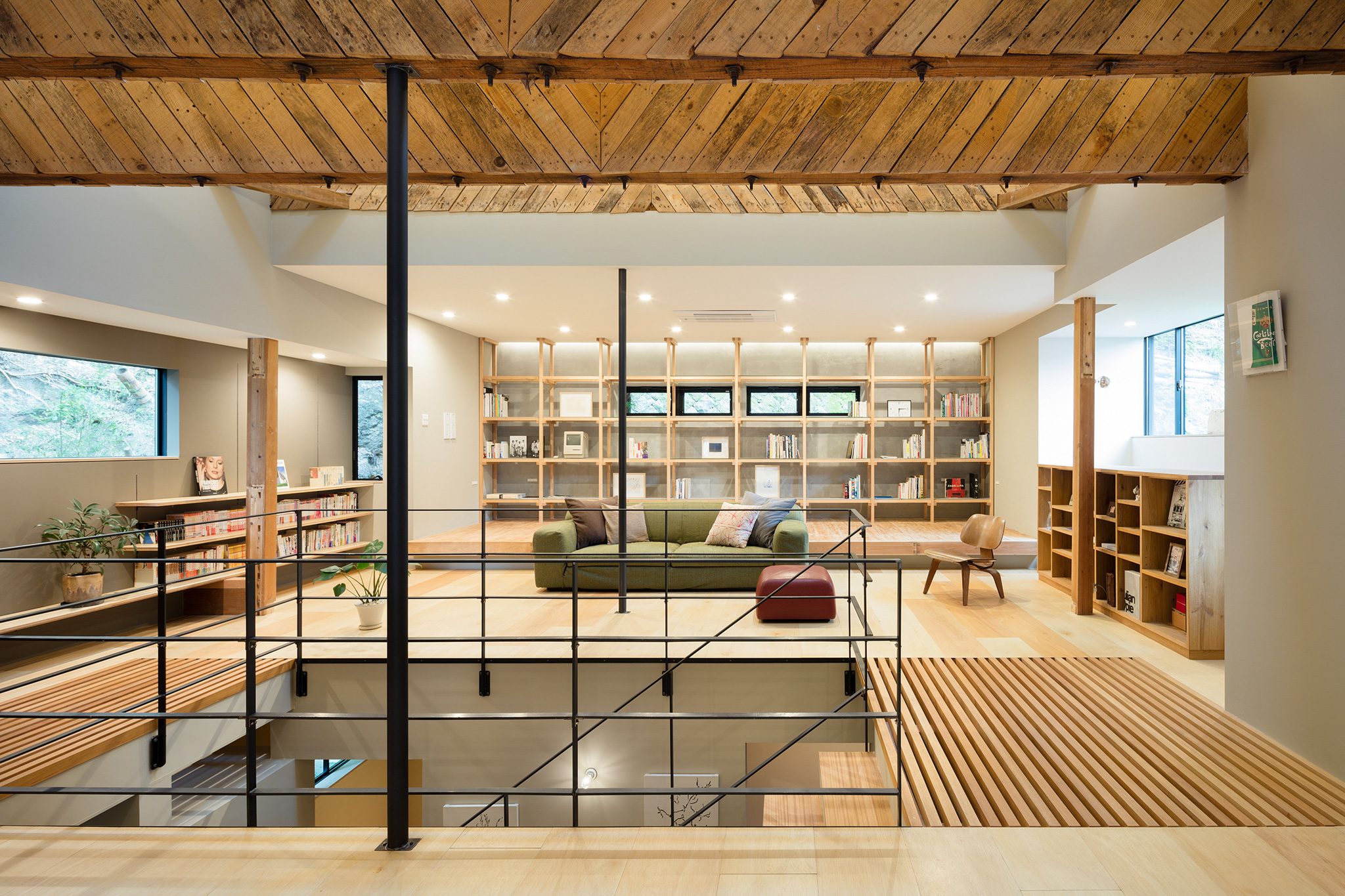 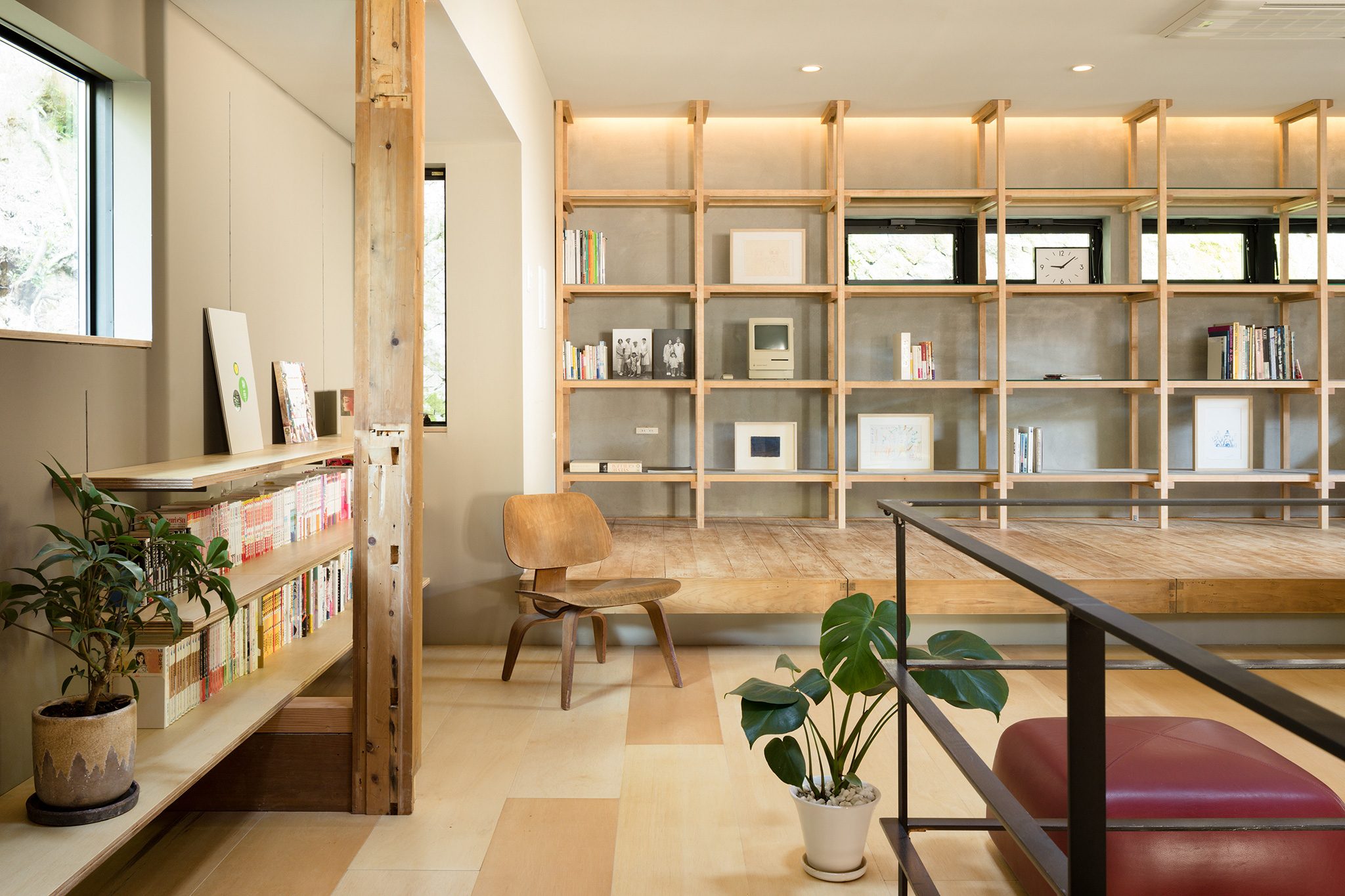 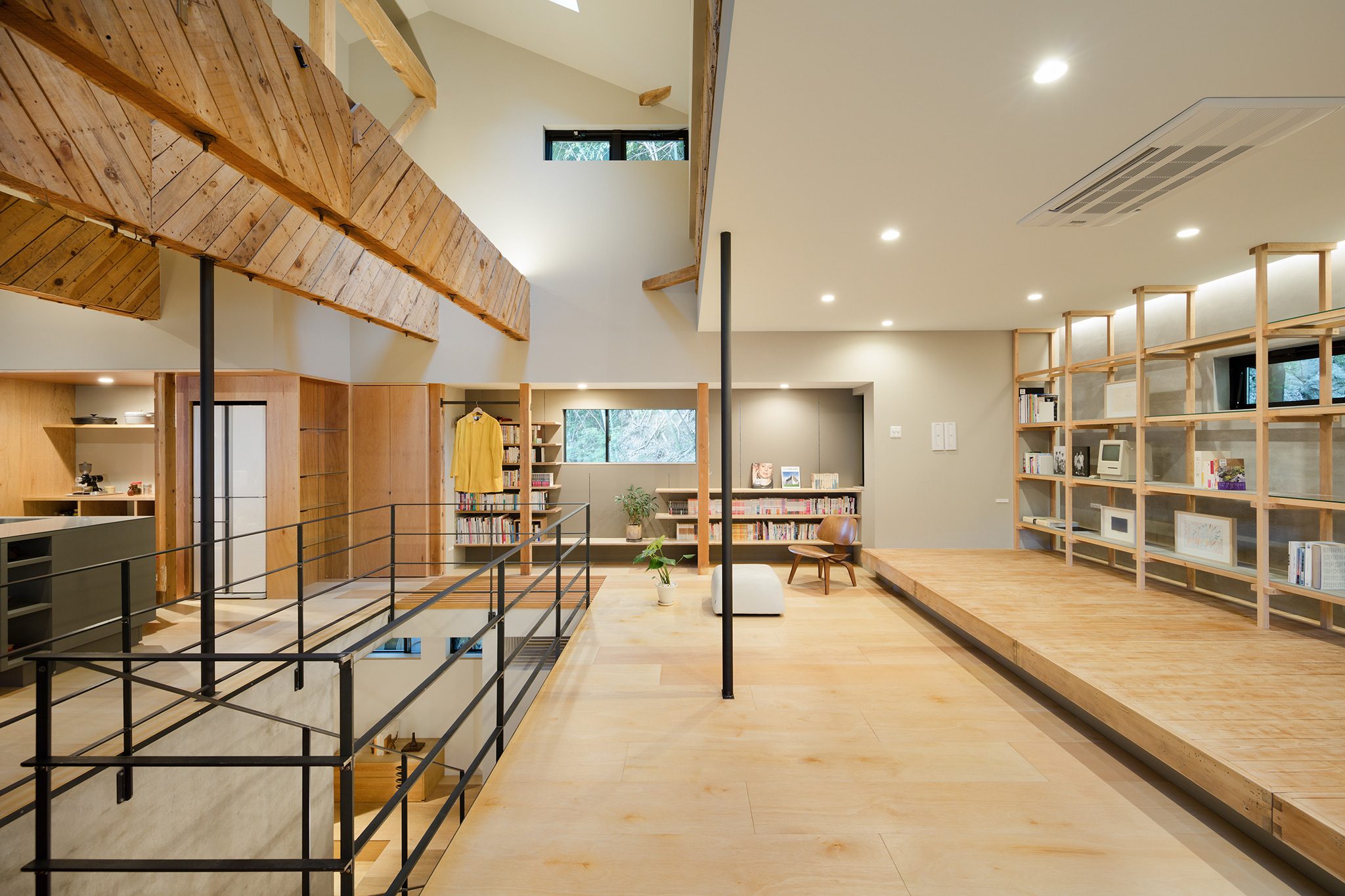 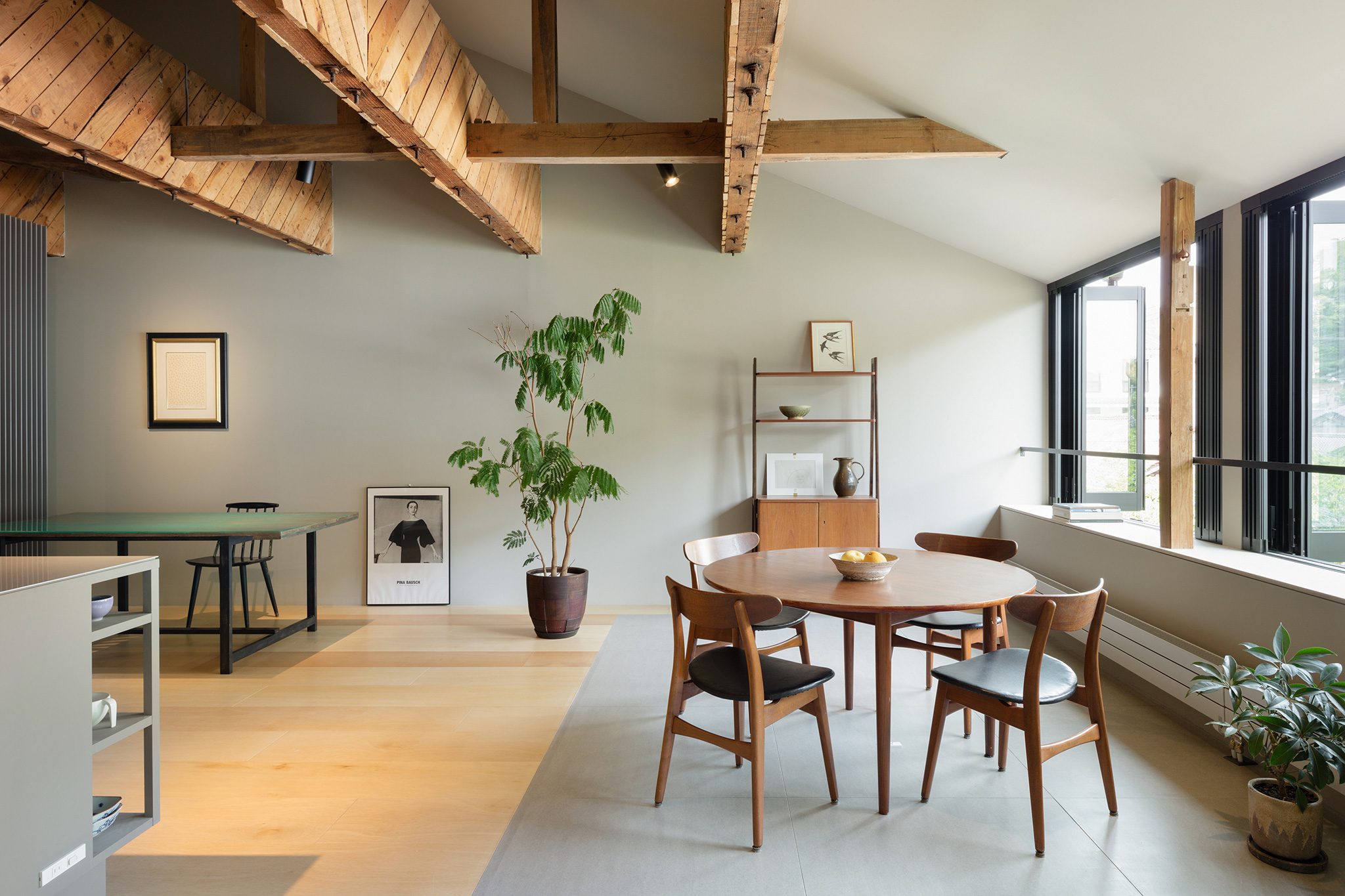 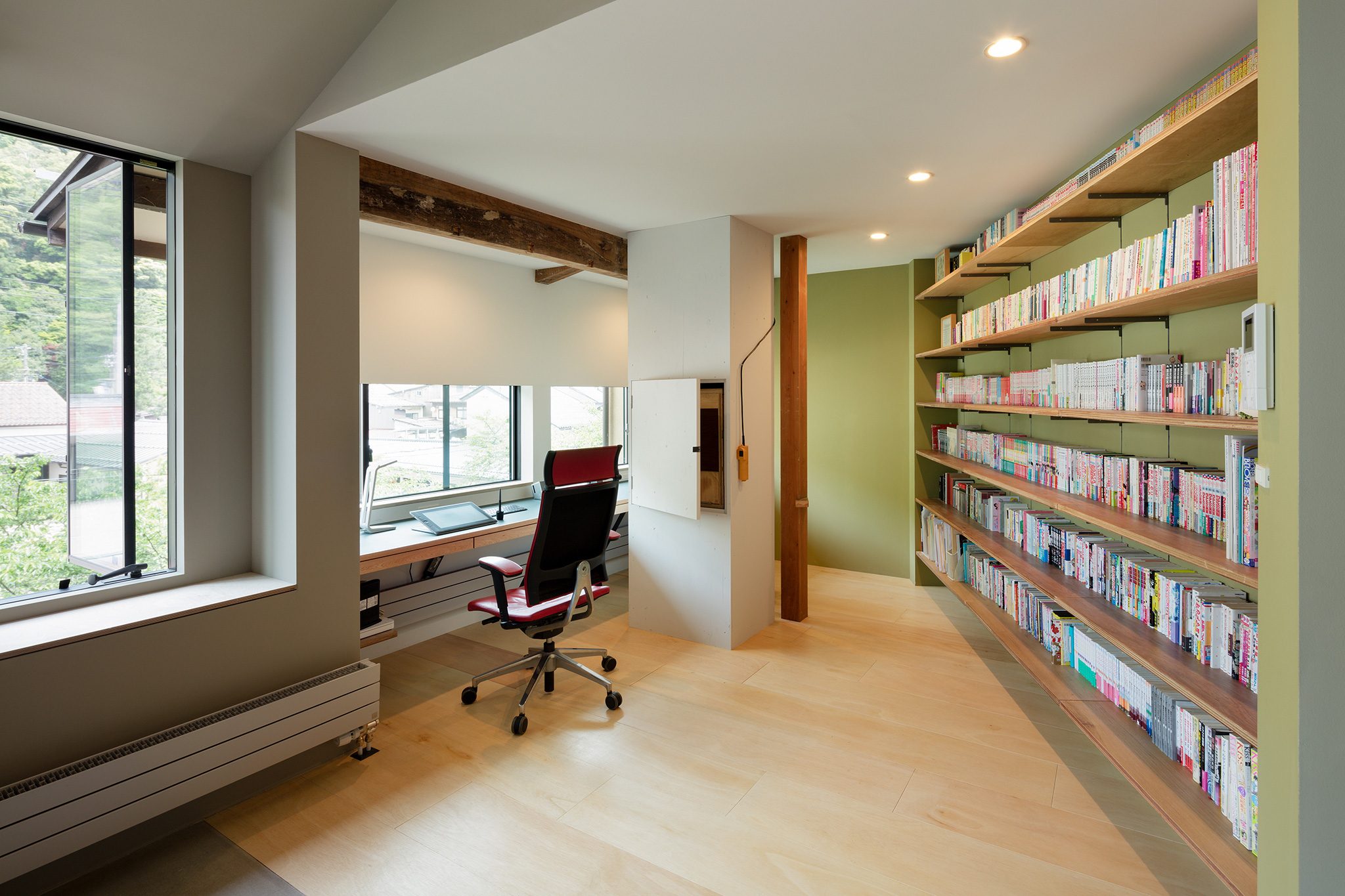 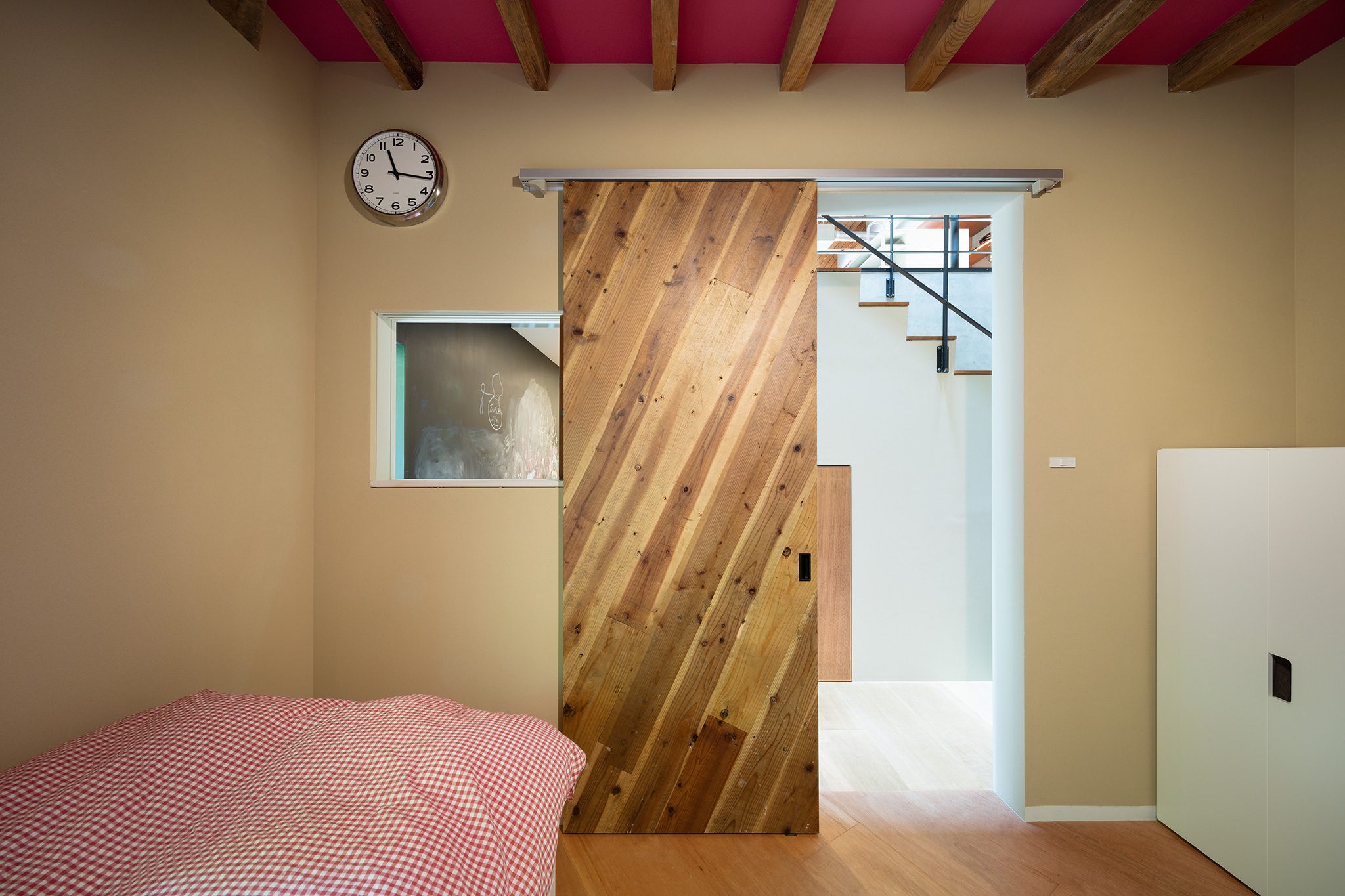 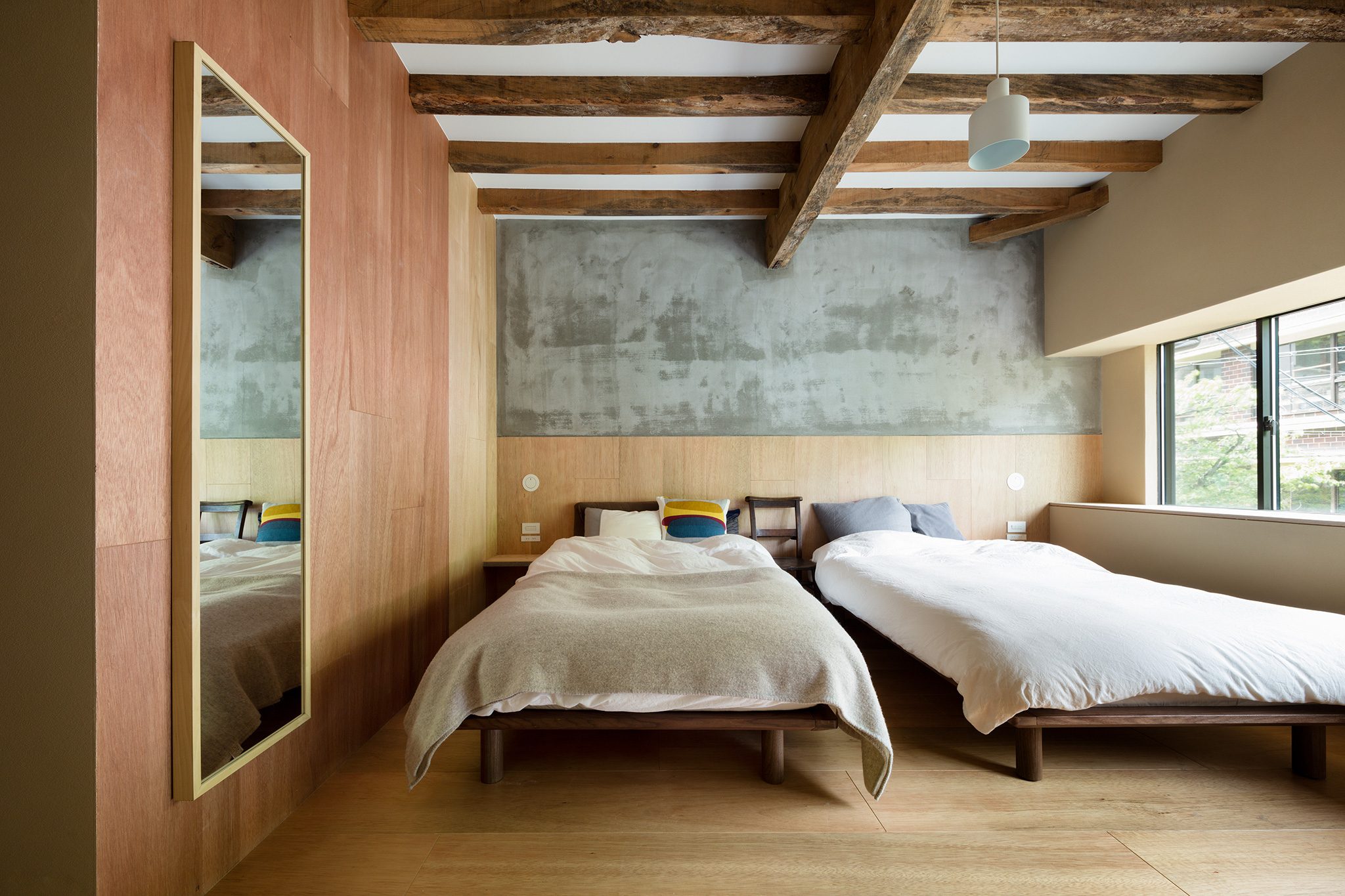 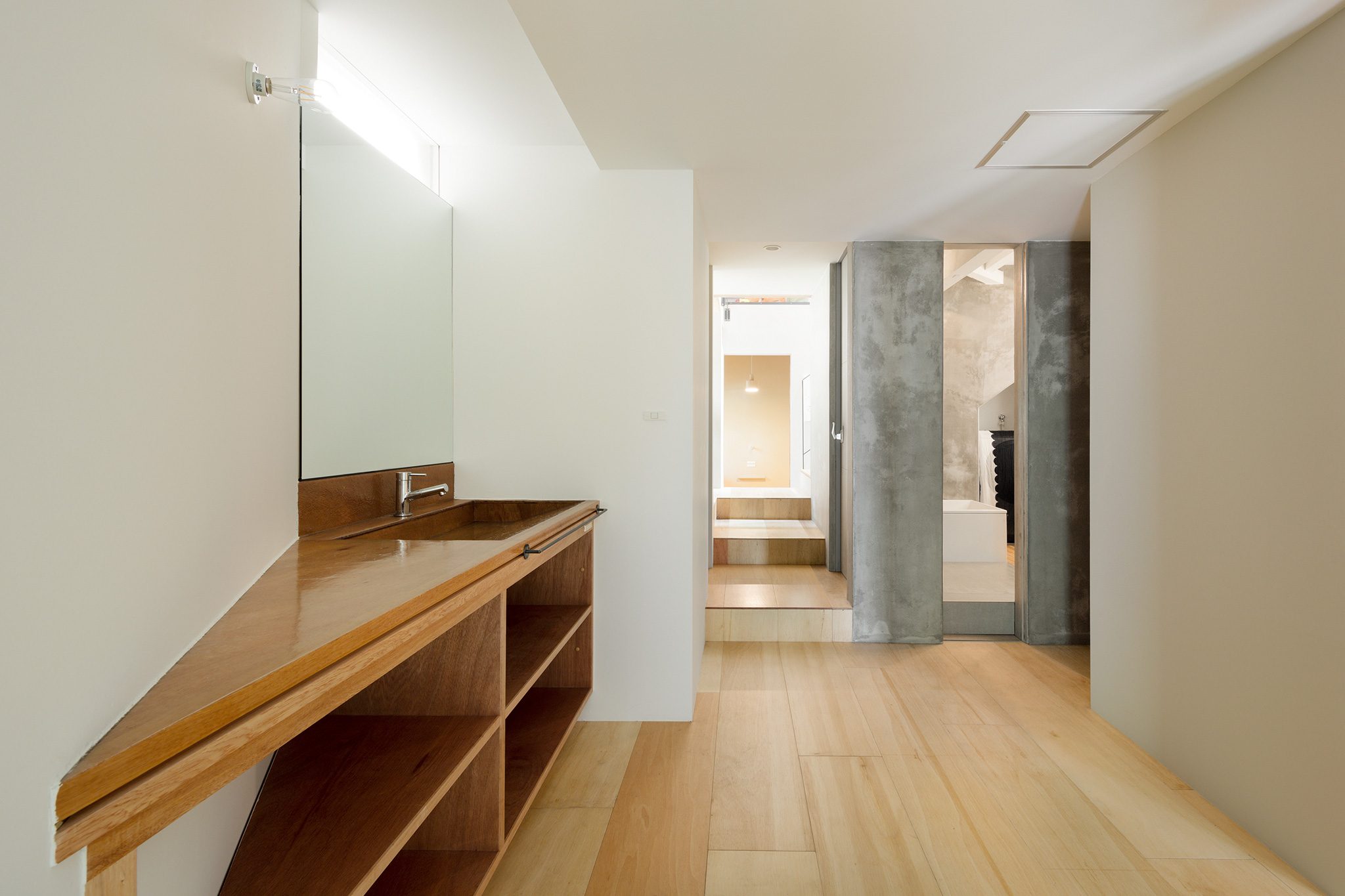 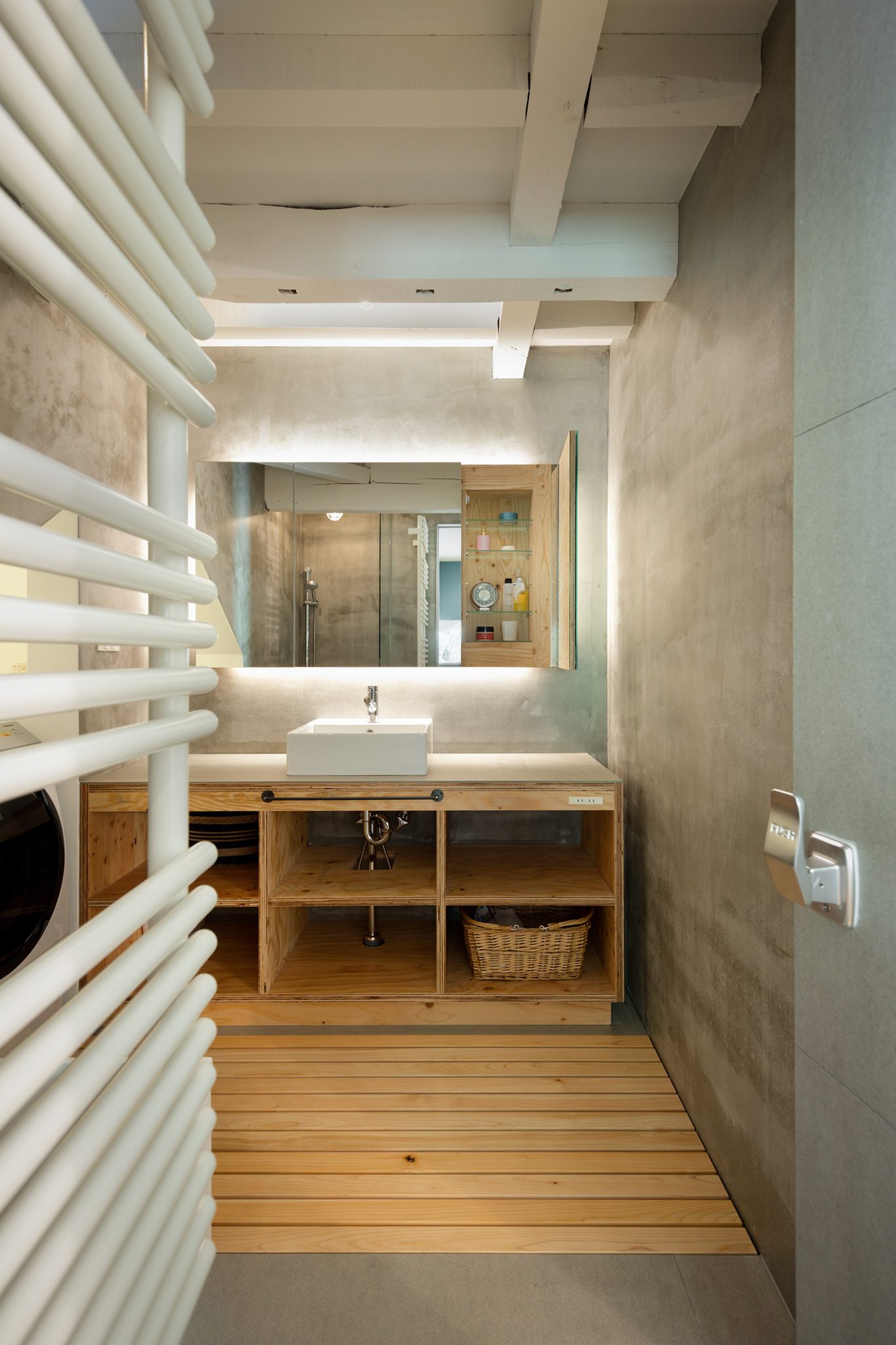 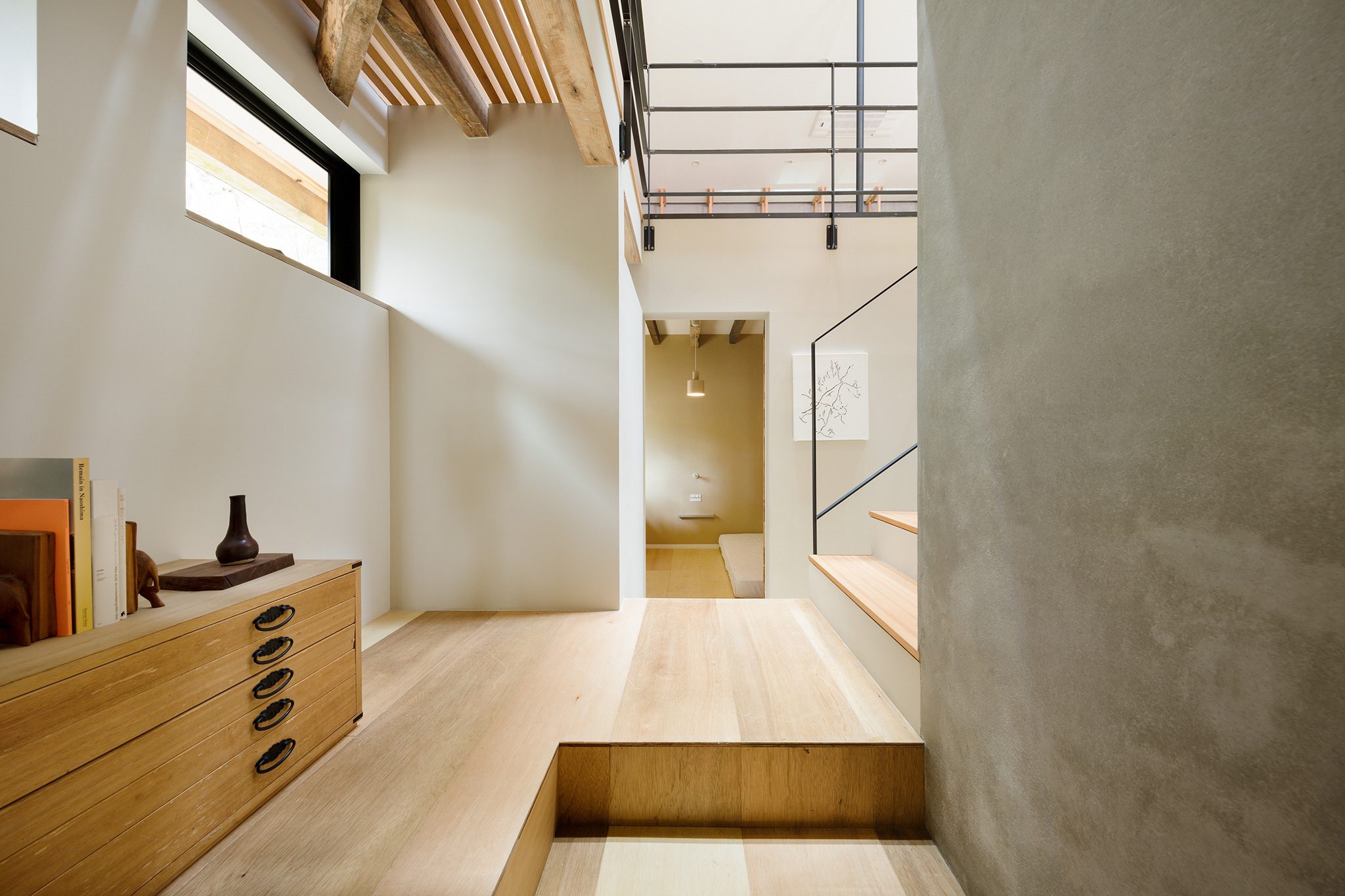 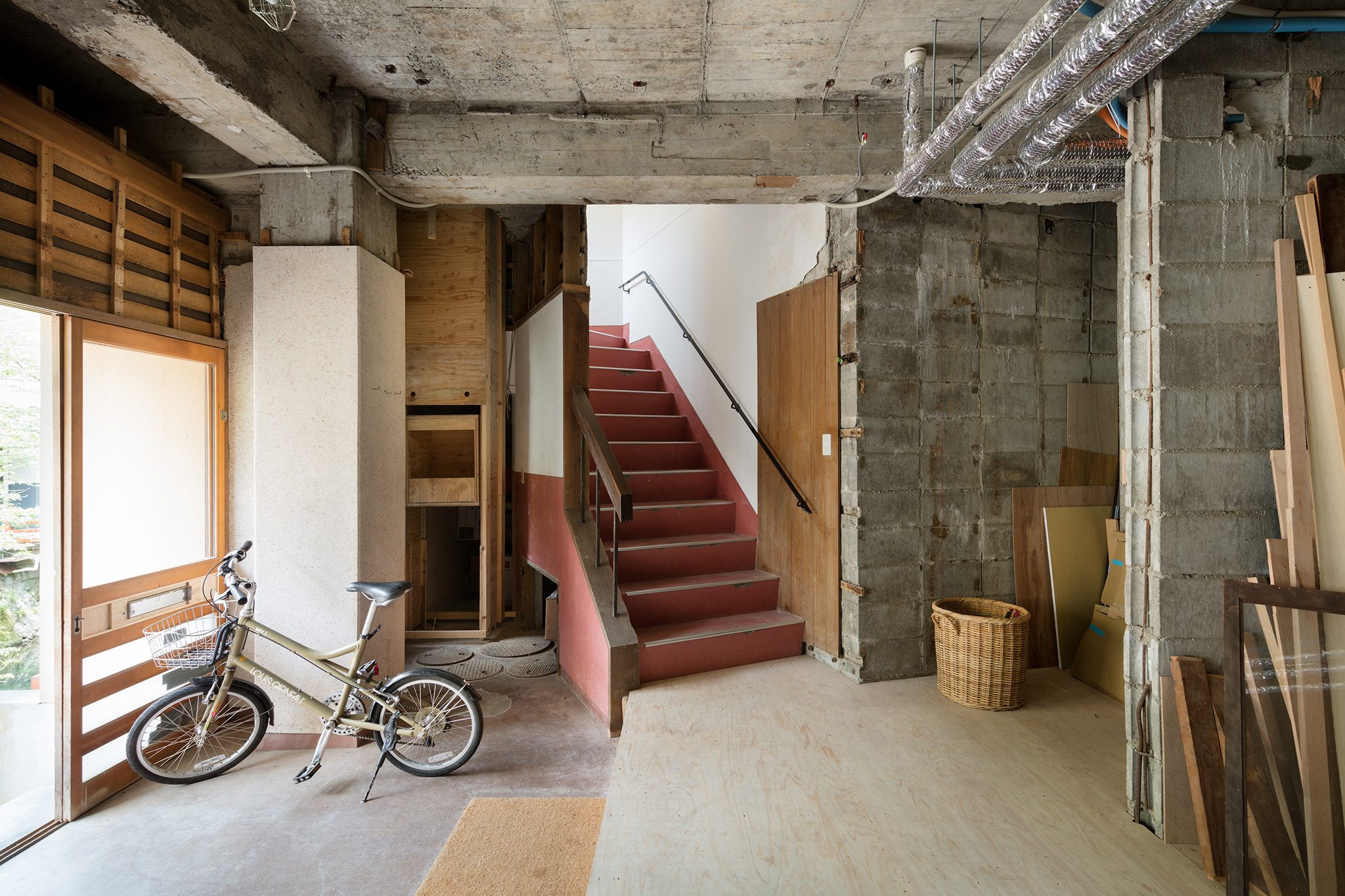 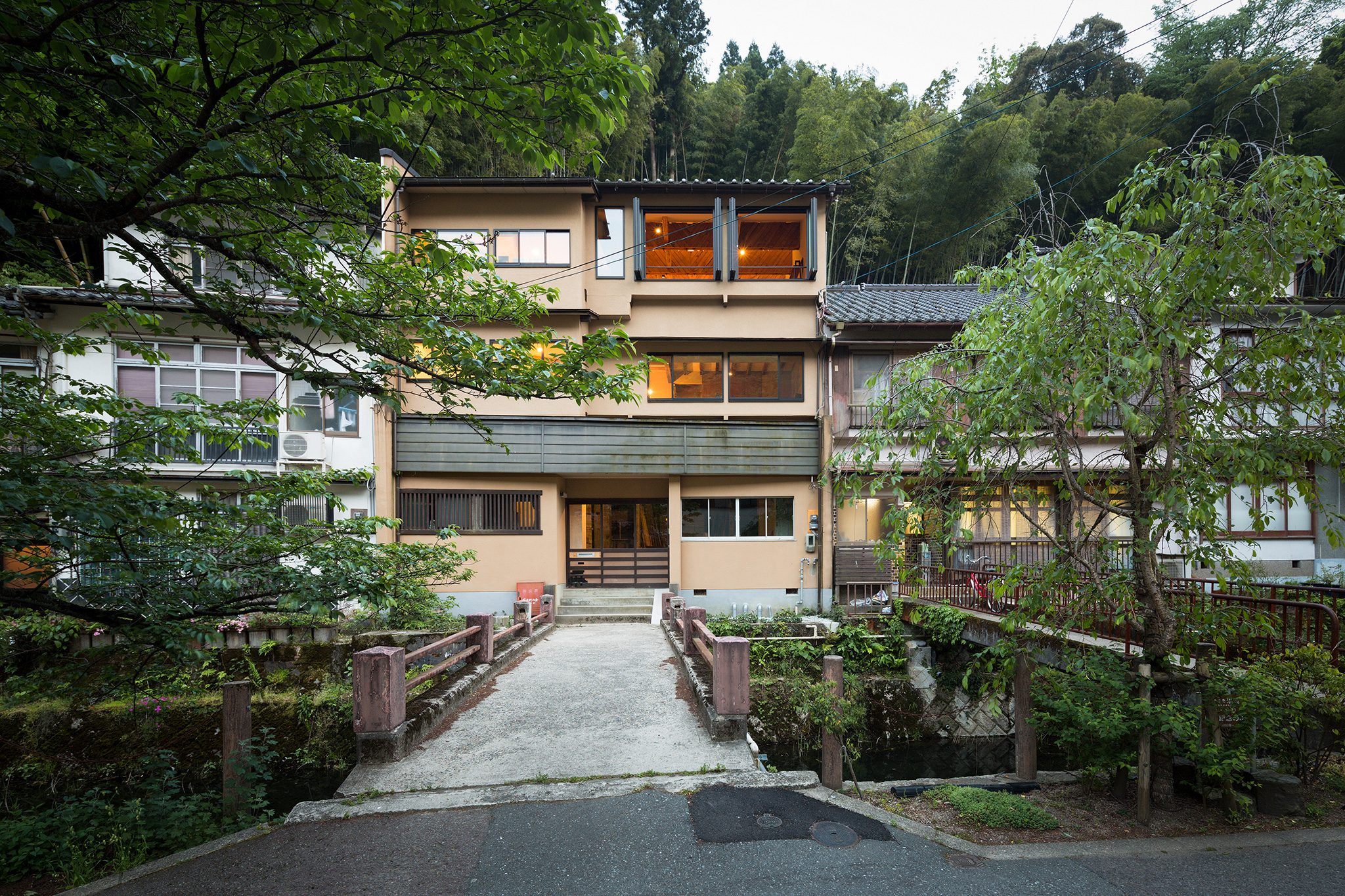 The Harmony between Architecture and Belongings across Time: A Former “Kenban” Turned Into a Home

Kinosaki Onsen, located in Hyogo Prefecture, is one of the leading onsen areas in Japan, with a history of over 1300 years. Just a short path in from the main street of this onsen city is a small stream, along which stands a former “kenban” (a place for geisha performers from the onsen to gather). Built 50 years ago, and surrounded by a bamboo forest, we converted/renovated this building into a residence.

The owner, who is originally from Hyogo Prefecture returned back to his hometown from Tokyo, and because of his friendly and caring nature, friends and acquaintances - from both near and far - often visit to have heart-to-heart conversations, or to talk about common interests, such as art. We thought it would be a perfect reflection of their personality to design the kitchen at the center, to be used as the main area for such discussions. And with a vast collection of treasured belongings (furniture, art, clothing, and other furnishings), we wanted these to surround the kitchen - this is the point from which we started our design work.

It also helped that I know the owner personally and consider him a good friend, so we are familiar with his collection and it’s importance to him and his family.

The dynamic elements of the third floor include the kitchen at its center, two dining areas, a slightly raised living area designed on a former performance stage, and a studio for the owner’s wife - who is a manga artist - all in balance with one another in the warm, open space. A large beam made of chevron-shaped boards, which is part of the existing structure, surrounds this entire space. We only discovered this beautiful beam structure after deconstructing the ceiling, and to be able to expose it for the first time in 50 years was a very exciting detail to add.

Finding the balance between these modest, yet important elements - an existing structural beam and the owner’s personal belongings - was crucial. To find a way to privilege and acknowledge both, highly influenced all the design details of the entire space.
One example is the choice of flooring – its width and coloring. And another example is that we avoided the use of white for any paint coating, but instead, selected four different tones of gray. The effect we were aiming for was to accentuate the existence of the beam structure, and at the same time, to give the entire space a sense of depth.

In contrast, the second floor was designed to have a more passive function, with the entrance, bathroom, and bedrooms at its center. The entrance is purposely located on this floor in order to give a sense of anticipation towards the floor above.

Because of the bamboo forest surrounding this residence, we needed to consider the problem of humidity. Thus, for the master bedroom, we decided to use diatomite earth from Hokkaido as the finish for the walls and ceiling, as this material has natural humidity adjustment properties.

And whilst decision to use diatomite earth was of course to solve the humidity problem, there was an additional, more meaningful reason for this decision. The construction company for this project is operated by the owner’s high school friend. The company first started as a small team of skilled plasterers, so we were very much interested in incorporating their skills in our design. So, like the finish to the master bedroom, the second floor consists of many other areas with a “plastering” type finish (by coating). The bathroom sink, for example, adopts this concept of “coating”, by finishing the veneer with a thin layer of FRP resin, applied at the hands of a skilled plasterer.

Finally, the ground floor is currently left untouched after deconstruction, exposing its skeleton structure. This space will remain in this state, free to be designed and used in any which way, as the owner continues to meet new people, and encounter new things with which to fill this space, in the near future and for a long time to come.