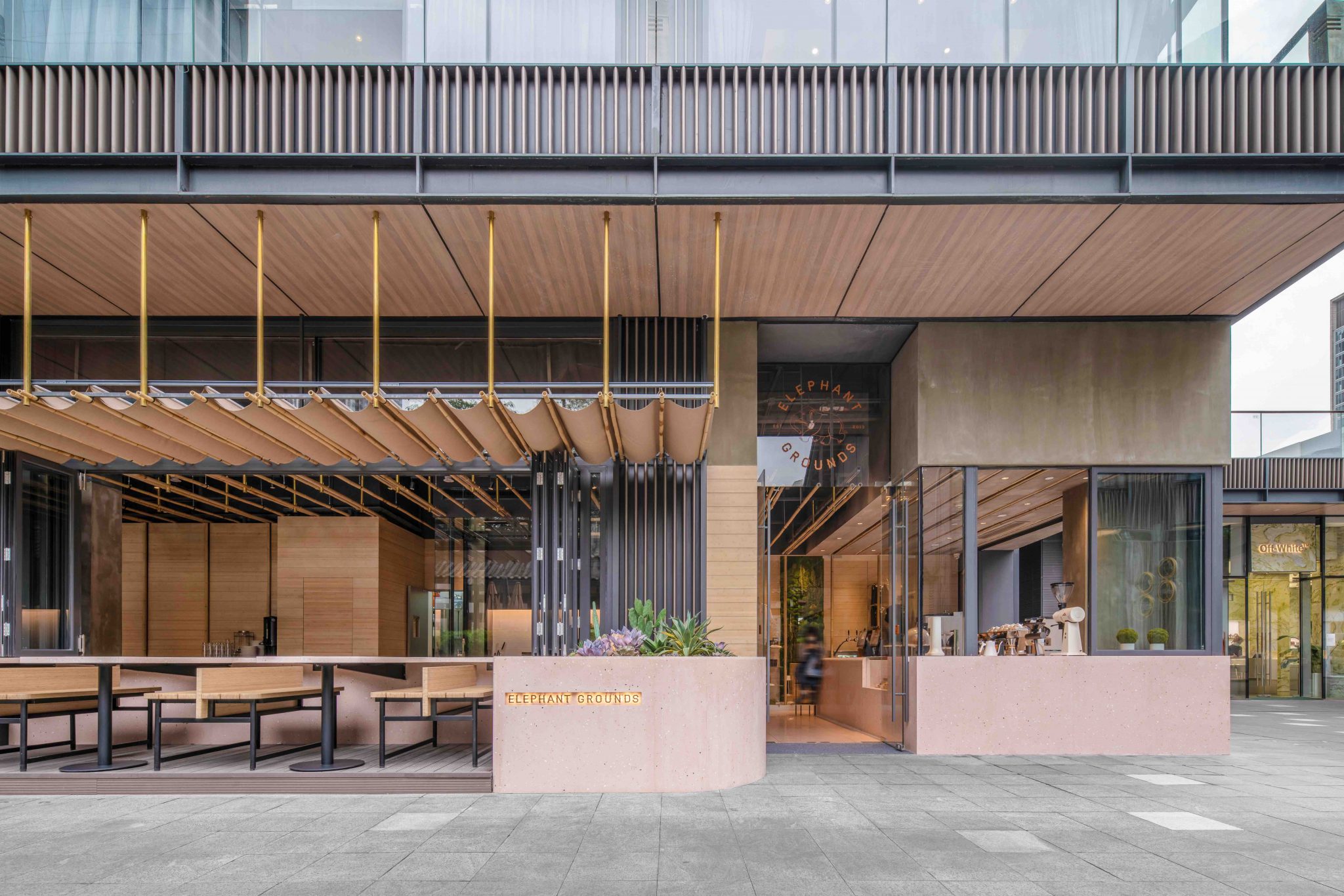 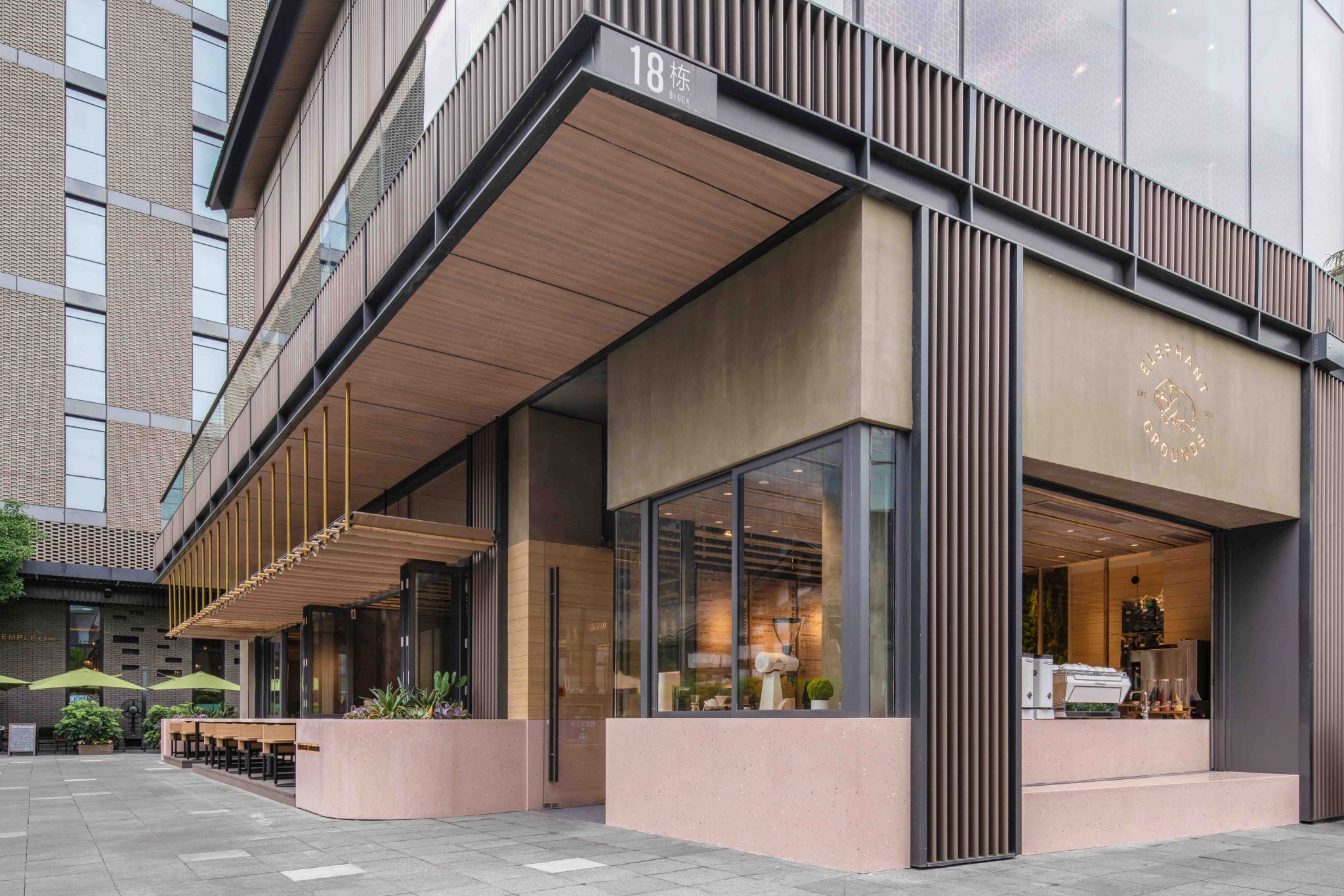 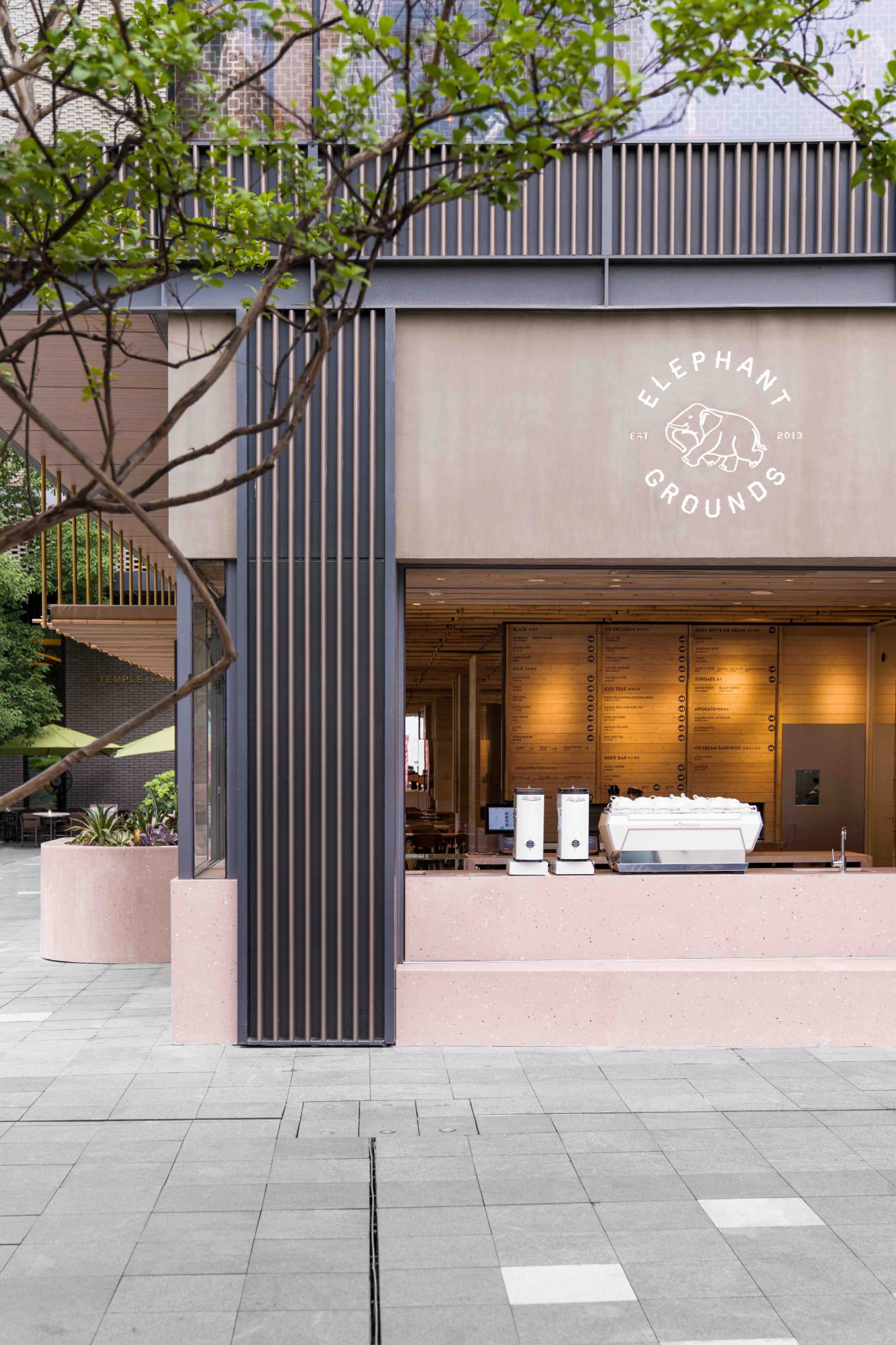 Rather than setting out with a new spatial concept that directed the brand’s aesthetic, we sought to approach the project by focusing on the strongest experiential elements of the existing stores. Developed through initial discussions with the client, the concept became to use design in a supporting role to ‘level-up’ the experience and evolve the brand more naturally.

The elements we chose to employ were: a visual and physical openness blurring the distinction between interior and exterior; the use of timber and natural materials; the presentation of processes and inventory; and a layout that allows staff and customers to engage with the street.

Located in the popular open-air shopping development, Taikoo Li, the narrow site connects the adjacent Temple House Hotel to a retail centered courtyard. Opposite the cafe sits the Mi Xun teahouse - a restored ancient courtyard building with a beautiful tiled roof and bamboo forecourt - which we wished customers to experience from the cafe interior. The design of the cafe employs a fully operable facade that responds to and borrows from each context, blurring the tight envelope of the space with the action that surrounds it.

At the threshold between inside and out, a continuous terrazzo platform extends from the cafe interior - where it forms a banquette, table top and the cafe worksurfaces - to the exterior where it becomes a continuous shared table for groups. This terrazzo folds down to form the floor in the interior, with a carefully controlled terrazzo gradient. At the ceiling level, a suspended bamboo ceiling with integrated LED lighting further emphasises this transition.

Due to the high rainfall in Chengdu, a custom bamboo and draped fabric canopy was designed to maintain the connection between interior and exterior. Bamboo timber is used for the walls panelling above the terrazzo datum. This local panel product references the use of timber in previous stores while generating a lighter and cleaner sensibility. We wanted to use an important local building product, but to do so selectively to avoid cliched overuse.

At the point of sale, we developed a glass inventory display with an integrated sound system and beer taps. This combination of display and function was imagined as a ‘curated lightbox’ that could be adjusted to accommodate the various product lines developed by the company.

The working areas of the space (cafe counter and desert showcase) were imagined as a series of discrete ‘nested’ functional spaces. By pushing the cafe counter to the front of the space, and designing a large format pocket sliding door, we hoped to project their inner-workings out towards passersby, acting as a new billboard that draws in and allows for new communication to take place.

For enquiries and consultation